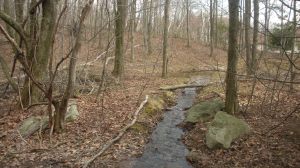 Good morning from the mountains of Eastern Pennsylvania. As we work this week on living the ideal life, I want to talk about the idea of being first versus being best.

In 2010, I was able to ride my Harley over 30,000 miles. This is close to an average for me each year. But last year I never thought I would be so close to being in first place for total mileage in my Harley Owners Group chapter. I was just out riding. It was towards the end of the year that I knew I was close to the top so I took an extra road trip on my bike, hoping it would guarantee me first place. I was glad to have taken that trip, as it was the last time I was able to see my dad before he passed. That made it a best in life experience for me.

Ironically, though, because of my father’s passing, I was not able to report my mileage on time to be able be officially registered. So, my friend Harvey got the high mileage award, and he was named Number One. I was happy for him to get that award, as he has always wanted it and his job had kept him from riding the miles he needed. What did I get? I was the rider with the highest mileage but circumstances prevented me from turning it in. Well, I had the joy of riding my Harley to three corners of the US last year. In fact, I know some of you who read these blogs met me on a trip I was taking last year. With or without the award, I had the best year of riding I’ve ever had.

It’s not always getting the Number One that makes it the best. In today’s day and age you can engineer your way to number one in many things. You make a plan out to be the first to do something; so many people are now looking at the way they perform things to see if they can be the first to do a certain task, to get an award. Being first usually gets some kind of trophy or ribbon and, let’s face it, if you are playing sports not many people remember who was in second place. But if you’re going to design your life don’t you think you should design it to be the best that you want and to enjoy it?

I have to say the idea of this was even more evident to me when watching the Dallas Mavericks play Game Four of the playoff series against the L.A. Lakers. I watched what ended up being the last game for last year’s champion Lakers. Their coach, who has had a phenomenal career as a coach spanning 20 years and resulting in 11 championship rings, worked with that team since 1999. And the Lakers have been a great team over the past 12 years. But I’ll bet when putting together these great teams, Phil Jackson didn’t say “Let’s do what we need to win just one championship.” He built teams that were the best, that endured. He wasn’t interested in a momentary spotlight, momentary success.

Yesterday, I wrote about three things I believe are very important to tell where you are going. Today I’m asking what you can do to make your whole life the best it can be? I use three things to help give my message. They are the things I look to when writing these stories and are three things that I used to build this very company to give you the great message of hope for your life.

Spiritual Belief. Yes, I’m a Christian and I happen to believe this is the true plan for life. God is the source of all that is good and positive on this earth. I believe the negative things that happen are Satan’s way of misuse of what God’s creation was made for. The bible is the source that I use to build myself in this area.

American Pop Culture. I’m a movie buff, I love the cultural ideas that made America great. I often use a movie line, or a story of a person who has lived through a tough challenge to make a point. The stories of those who found a purpose or dream and worked to make it happen have universal meaning. I love the stories of companies like Starbucks, McDonalds, Apple, and personal success stories like the movie “Rudy,” “Patch Adams,” and other movies about people who came from nothing and built great careers.

Rock and Roll. Another great American idea, but really it was just American. When you hear the story of the Beatles, Led Zeppelin, Def Leppard, you know these bands did not come from America yet they have huge success stories here. And there are many stories from American bands that have had a huge impact on the world they are in. For example, Nikki Sixx was once pronounced dead, a paramedic revived him and he came back to write a song about it. This is just one of many stories that have inspired me and that I pull into my programs to inspire others.

I retell these things in my daily blog, work with them in my books, speak of them at events because they inspired me to keep trying. When I worked and worked yet seemed to have no results for a long time in many businesses, I kept hope alive by using these three areas to draw inspiration: my faith, American pop culture, and rock and roll. Now I created a coaching practice around them to Rock you.

So with that I’m Tim Gillette, the Rocker Life Coach. Why not live the life you always wanted? Love what you do and those you share your life with. How can we help to make you the RockStar in your world?

Looking for some one-on-one inspiration? Take advantage of our May special: six months of unlimited email coaching for just $260. Or, if you want to go month-to-month, you can do it for just $69 per month. If you want to take advantage of this great offer, email me at tim@rockerlifecoach.com or call 214.616.8912.