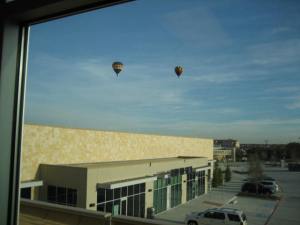 As we close out our week on goals, today is the first of July and the beginning of the second half of the year. We have touched on many things about goals, from starting on them later than we meant to, to making goals with purpose. Each and every goal you have should be what we are going to cover today: realistic.

About nine years ago, I met a man who became a great friend to me. He did things to help me out when I needed it. He also would sit and teach me things that would later help me to learn how to build things in life the right way. He was not perfect, but had a heart to help people get past the limits they set upon themselves.

My friend hired a man to work for him in sales. A young professional looking man, Rick came from business school just like my friend Rich did. So Rich took Rick under his wings to help him learn sales. Rick had a hard time reaching his sales goals in the beginning. So Rich gave him an account that he had been working on himself. Soon other accounts and potential customers were given to young Rick. I watched as this young man bought a new car, then a new house, then got married. It seemed like Rick was really successful at this sales job. Then the truth came out about Rick’s sales. After a few years with the company the only customers he was working with were the ones who were given to him. Rick was just an account rep, only getting paid commissions on new orders from the same customers.

Rick was reaching some sales goals, but never did he reach his new customer goals. He had no new customers, only existing customers with reorders. While this may sound like a good thing, those orders were getting smaller and smaller. Rick was setting goals he did not even believe he could reach.

When I was working in multi-level marketing, we were always encouraged to set high goals. I was young and wanted to be successful at what I did. So I agreed to set high goals. But now, as I get older and work with people to set goals, I see some people setting a goal of making a million dollars next year for example, when last year they made twenty thousand dollars. That is a big jump to make.

When I thought of this post, it came to mind just what it takes to reach a goal like that. You see, if you have never reached a large goal like making a million dollars in a year, you may have to do two or three million dollars worth of work to reach it. I think that is how we often set our goals each year. Yes we need to stretch, yes, try to do just a little more. But if you have a big goal and it’s your passion to reach it, be willing to pay the price to get that goal.

While I hate to use money as a subject to bring this point out, it makes the concept easier to explain. If you have a goal that is to make a million dollars, in a tough, hard world you may have to do the two, three, four million dollars worth of work to achieve it. Here in the USA I have seen many people lately who in years past only do $100 worth of work, then get $100 worth of pay for it. They call this fair. They are the same people who say “I’m not going to work for more then I’m paid.” Well in today’s money standards the person who does $1 million worth of work, after taxes and expenses would only get to take home about half of that.

I have also heard “I’m not going to work that hard. I’m happy where I am.” Well here is the next thing I want to bring up. If you have spent years not reaching goals, let me ask how often have you taken the easy road to success? When I was in multi-level I also had an upline who made a comment that you will do the same amount of work to achieve the same thing as other people, but either you will work hard at something to build a dream in a few years, or you will take the easy way out and do the same amount of work but over the next 40 years to achieve the same thing. Well I tell you that if you are willing to go the extra mile and do your hard work to reach the big goals now, then you will have life a little easier later.

The last thing I want to leave you with today is a word about expectations. When we say you will have to pay the price, do the hard work, this means there are going to be times when you are going to have to do things you physically think you can’t do. At times, you will have to stretch your mind past what you think you can mentally do or where you can go. Each of us has our cross to bear in life.

You may say you don’t believe anyone has it hard as you have. I say walk a mile in someone else’s shoes. Soon you will be to the point you can’t wait to get back to your own problems. When these problems arise they are yours. Don’t blame someone else for what you have in your life. If you are an adult, your current problems are no longer the fault of your mom, dad, brothers, sisters, teachers, boss, ex-wife or ex-husband. Stand up and take ownership of your life. Stop setting unrealistic goals.

Did you know that if you have just a small bit of success, you could build on that each day? Imagine a penny-a-day success. Work at just raising a penny more each day. Before you know it you will look back and see success written over each day’s goals. Starting today, July 1st, make the rest of 2011 Rock.

Need some help evaluating your goals, setting realistic goals? I can help you. We offer personalized coaching plans as well as other tools for every budget, every need.

I’m Tim Gillette, the Rocker Life Coach. It’s your time to live the dream life you always wanted, love what you do and those in your life. Let us help you become the RockStar in your world.