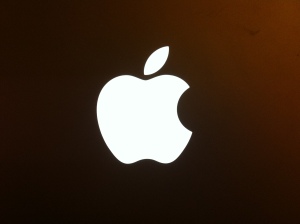 It’s the middle of the week already and I have to say the news last week about Steve Jobs resigning was one of the motivations for this week’s topic. After all, this is a man who has worked all his life to be in the creativity stream. He is someone who has faced major rejection, someone who shows us life is an uphill battle much of the time, and someone who shows that you can do something with the gifts God gave you, even when you don’t get the breaks you feel you deserve.

I have to admit that Steve was not always one of those entrepreneurs I followed. It has only been in the past 10 years that I knew who he was, unlike our last two featured entrepreneurs, who I have followed and watched for much longer then Steve.

Steve Jobs was one of those college dropouts you hear about who created a company from a garage. Both he and his partners created Apple in the mid 1970s. Then while keeping him in the creative end of things, new leadership was appointed that ultimately ended up ousting him from the company he had created. I have heard of this happening to other entrepreneurs, where they work to grow a product or brand, only to have the investors who wanted their product buy out the company and oust its creator. At Apple, Steve was still a working part of the company he created when he was fired.

When facing the fact they have been fired from their jobs (in some cases the job they wanted for years) most people feel they have given up a part of themselves. But Steve Jobs, while disheartened over the loss of the baby he created, jumped in and became successful at building a new company called Next Computers. Later, he worked to create Pixar to make it the success it became.

In the late 1990s, Apple bought Next Computers to build a much stronger Apple product. This brought Steve Jobs back to the roots of the company he started. Over the next 13 plus years since that has happened we have seen many huge changes in the computer world, starting with the introduction of iconic items that changed the way we listen to and purchase music: iPods and the music-sharing platform, iTunes. It brought us a new way to make phone calls with the iPhone, and a thin, durable computer called the Macbook Air. The most recent addition is the iPad tablet computer.

Last week he shocked the world with his resignation from his job at Apple and the appointment of a new person to take the company to new levels. Steve has faced so much in life, yet he is an icon on the world of computers.

Why I want to meet Steve Jobs: to talk with him about what it’s like to lose a company that you founded in a garage. To ask him what it’s like to go through the feelings of finding out he was an adopted child. To ask him the thoughts of what it was like to be given the great opportunity of going to college all the while of wondering “What am in doing here?”

To be at the top of his world only to be told you have a form of cancer and your time left on this earth will be coming to a close soon, then to find out, nope you still have more time. To ask him what it’s like to come to the realization that you need to step down from leading your company because you are unable to do your job to the best of your ability, and then being man enough to say “I’m sorry; I must resign.” After all he is a stronger man than most. So many entrepreneurs always want one more great moment; he retired at the top of his game but yet is still going to be involved while he takes care of other things in his life.

Steve has been the RockStar as far as comebacks. He never quit when his chips were down; he only jumped back in harder and worked to make it better. For that I say “Rock on.”

I’m Tim Gillette, the Rocker Life Coach. It’s time for you to be an entrepreneur and live the life you always wanted, to love what you do and those you share your life with. Change your life and become the RockStar in your world.